As they say, better late than never! In case you still haven’t had the chance to go through the Spring ‘19 Release Notes, or maybe just missed a few things, here are my 10 favorite things from the latest Salesforce release!

Ever click into an object tab on a regular basis, only to always have to change the List View from Recently Viewed to your favorite custom view? No more! With Pinned Lists, you can now mark your favorite list view as the default that will load every time you click into the object tab. 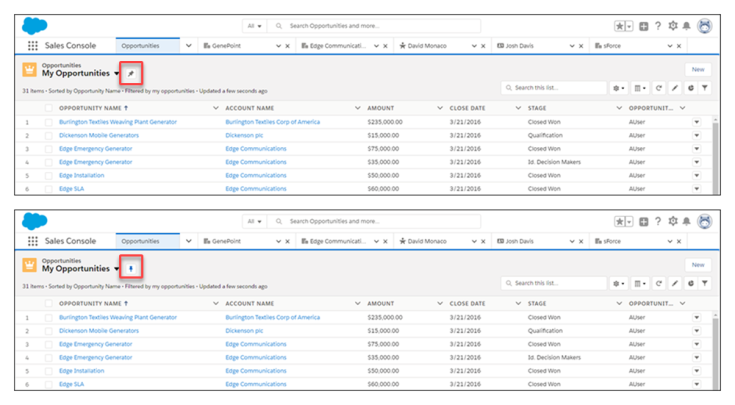 Rejoice Flownatics! Salesforce has replaced the old Flash-based Cloud Flow Designer with a faster, more eye-popping tool, the Flow Builder! In addition to getting a makeover, the Flow Builder no longer relies on the outdated Flash technology and should allow you to build flows much faster!

Have you ever built Lightning App Builder page, only to realize mid-way through that you used the wrong template? Instead of re-building it from scratch, take advantage of the new template switching functionality for Lightning Pages!

Speaks for itself! Dashboards can now have 12 columns! Show off even more of your data! 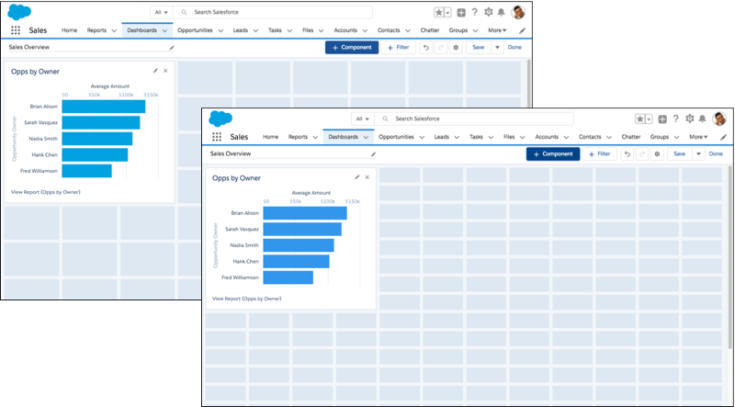 Another long requested feature! Ever start working on one project in a sandbox, only to realize that you need to start working on a second project, but don’t want to have to re-deploy your current project to the new sandbox? Now you can clone sandboxes and pickup right where you left off without having to stop development on anything! (Side note, you can also look into Salesforce DX)

Things to be aware of

Not an update so to speak, but starting with the Winter ‘20 release (October 2019), all users that have the Lightning Experience User permission enabled will be automatically switched to Lightning Experience on a weekly basis. While part of me thinks that this is a bit intrusive, I also know how annoying it is to support multiple versions of the same product, so I kind of understand it. It’s a long time coming and while it might be annoying at first, I can attest that once users get used to Lightning, they won’t want to go back!

Have you ever had to assign multiple permission sets to the same group of users? No longer! With this new pilot, you can now bucket these Permission Sets into a Permission Set Group and assign them all at once!

Where is this field used? (Beta)

This may be my favorite new addition to this release! I can now go to any field and check to see where it is being used across all my configuration and code! Extremely useful if you have to change a field name and/or remove a field

Salesforce has been focusing on Developers quite a bit lately and I love it! This release brought the biggest change to the way Salesforce Developers work since Lightning Components were launched!

We are happy to announce that @Salesforce has officially joined the @W3C community workgroup. We are looking forward to contributing to the standards even more and make the web an even better platform! 💻 Find out more here: https://t.co/KWnv6Tzpai pic.twitter.com/vjCRL8o62U

By utilizing industry standards, Salesforce can take the next step forward as a platform. From a day to day perspective, LWC advertise a performance improvement as well as an opportunity to level up your skills. Start working on that HTML, JavaScript, and CSS!

Import your Apex directly into your LWC! Use multiple Apex controllers at once! ⚡️#CodeGoals pic.twitter.com/JwAUbwDSSa

If you want to get started, highly recommend checking out this LWC Trail on Trailhead! Salesforce also offers some base components out of the box to get you started!

Change Data Capture is now generally available, allowing you to get notified in near real time when records from your objects are updated and give you the option to replay changes to see how and when a specific change occurred. Check out a full presentation on it here!

Have a great Spring!